Following on from the challenge I set myself in Working without Windows, I have attacked the problem head on. First off some background.

The computer I am using for this testing is an old Dell Dimension. I (as you may have guessed) am a power user, which means I have multiple applications open at all times and use them all heavily. My Windows 7 laptop (which I use for all of my work) frequently complains it is running out of memory, even though it has 4 GBs to play around with. To make this old rickety Dell at least comparable in that respect, I have upgraded it to 4 GBs of RAM.

Graphically the old Dell was a bit long in the tooth, so I have added a slightly better graphics card (pinched from my home PC). This should put it on a par (roughly) with my laptop.

Finally, my laptop sports a super whizzy SSD (solid state disk) in place of a more traditional HDD (hard disk drive) which makes disk operations blindingly fast. This old Dell has a standard no thrills HDD, which is much more common and cheaper than an SSD and is probably what you have in your home PC.

To begin the challenge I wanted to start with a clean install of Ubuntu. You can download the install for free and cut it to a DVD or USB stick. I chose a DVD for this install. The installation process is very straightforward. You will be asked a few questions along the way, like your location, username and password you want to create. Nothing too complex. When the installation has finished, the computer reboots and you are in.

One thing really impresses me with Ubuntu and that is how quickly it boots. I performed a quick test (literally) and powered down both my laptop and my old Dell. I then switched them both on at the same time. Incredibly the old Dell with Ubuntu running on a standard HDD boots up faster than my super fast laptop with Windows 7 running on an SSD! To top it off, when I shut both of the computers down, the Ubuntu install beat Windows 7 by a long way. Now to be fair to Windows, I do have a lot of applications installed which will eat up resources when it first starts and also when shutting down. However, it is an impressive feat for Ubuntu.

After the initial boot, this is my screen.

The desktop you see is called Unity. It is the default that comes with Ubuntu, although you can install others if you wish. Down the left hand side of Unity is the Launcher with icons for commonly used programs. It is comparable to the Taskbar in Windows. The top most icon is the Dash, where you can search for files, applications, even eBooks.

So, I now have the Unity desktop, but it doesn’t quite feel like mine yet. I want to make it mine, so it is time to start customizing things.

In Windows I use Mozilla Firefox and Google Chrome for browsing the internet. Firefox comes with Ubuntu and is one of the applications in the Launcher, so that’s a positive start. I open it and immediately hunt for the option to synchronize. Synchronizing in Firefox and Chrome is great. It means all of your tabbed home pages, bookmarks and settings are shared across platforms. After finding the setting, I quickly paired Firefox in Ubuntu with my existing Windows install.

Hey presto all of my bookmarks appeared, together with my home pages.

As I mentioned, I use Google Chrome too, so I then went to the Google homepage to find the install. Unlike Windows which uses .exe files for executables, Ubuntu uses .deb. Selecting the correct download (64 bit in my case) and running it was simple. Ubuntu will automatically launch the Ubuntu Software Centre, which is a great place for finding new applications to install. To cut a long story short, here are some screen shots of the process.

Signing into Chrome does the same as when you pair a device in Firefox, so I now have all my lovely tabbed home pages and bookmarks at my fingertips.

To update my desktop wallpaper was easy. Like in Windows, you can right click anywhere on the desktop itself to bring up a context menu. The bottom option lets you ‘Change Desktop Background.’ It does what it says on the tin. Very straightforward.

Happily I don’t need to install my favourite e-mail client or productivity software. Mozilla Firefox and LibreOffice come pre-installed with Ubuntu. It was just a matter of configuring Thunderbird for my e-mail account and I was connected to the outside world.

Considering that most people use computers to browse the internet, send e-mails and write the odd letter or spreadsheet, Ubuntu fairs pretty well. It has all the bases covered from the word go.

My needs are greater than the average user, so I am looking forward to getting stuck in with some more applications in the near future. 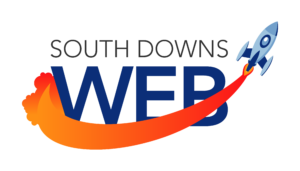